THE ALPHA PLAGUE – A SERIES OF POST-APOCALYPTIC SURVIVAL THRILLERS 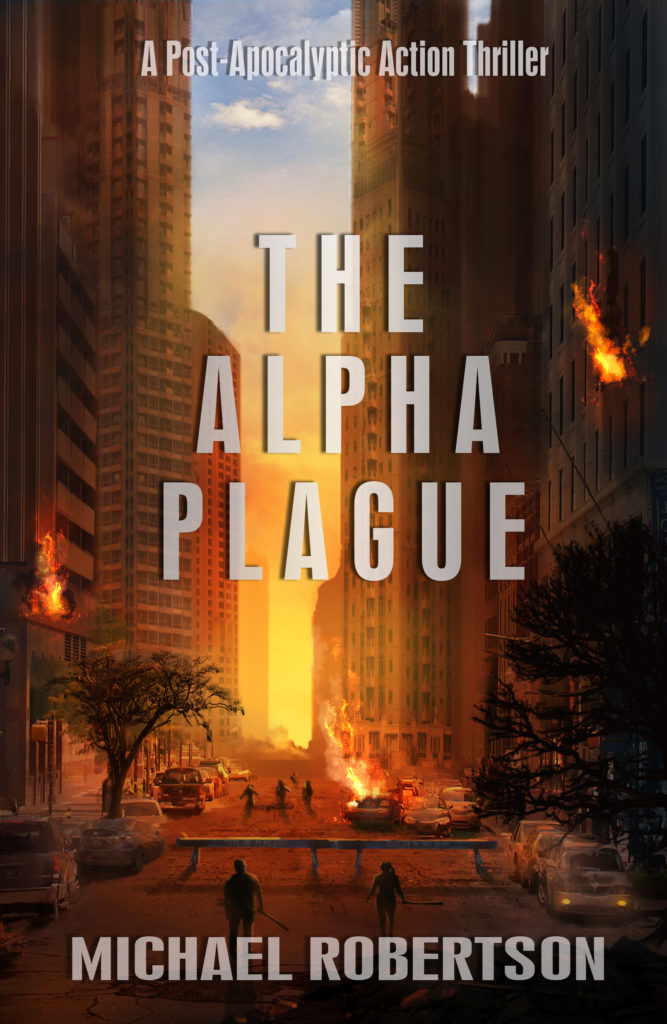 Rhys is an average guy who works an average job in Summit City—a purpose built government complex on the outskirts of London.

The Alpha Tower stands in the centre of the city. An enigma, nobody knows what happens behind its dark glass.

Rhys is about to find out.

At ground zero and with chaos spilling out into the street, Rhys has the slightest of head starts. If he can remain ahead of the pandemonium, then maybe he can get to his loved ones before the plague does.

The Alpha Plague is a post-apocalyptic survival thriller. 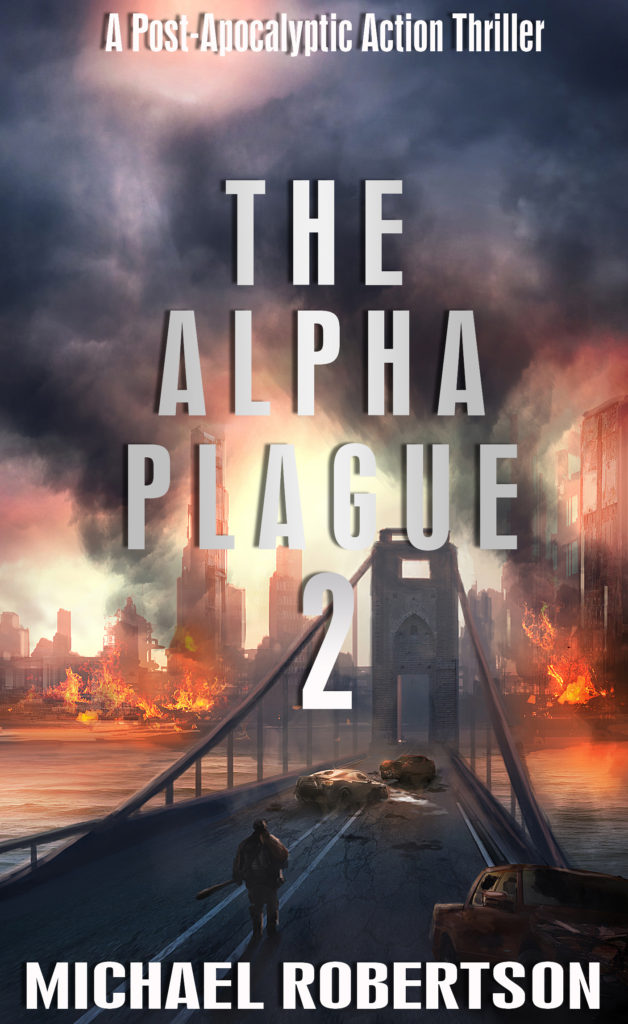 Equipped with nothing but a baseball bat and his wits, Rhys enters Summit City for the second time. His son wants his Mummy, and Rhys is the only one that can save her.

If he can get to The Alpha Tower, he can release the shutters on all of the buildings in the city. Maybe then he can get his ex-wife and best friend out of there.

However, to open the shutters will release chaos into the already wild streets.

The only advantage Rhys has over the thousands of other people that will be fighting for their lives, is he understands what he’s up against. Hopefully that knowledge will be the difference between life and death.

To make matters worse, an order to incinerate the city has been switched on. In five hours’ time, the complex must burn to a crisp.

To give his son what he needs, Rhys has to risk everything. But there is no stronger love in his life than that which he feels for his boy.

The Alpha Plague 2 is a post-apocalyptic action thriller. 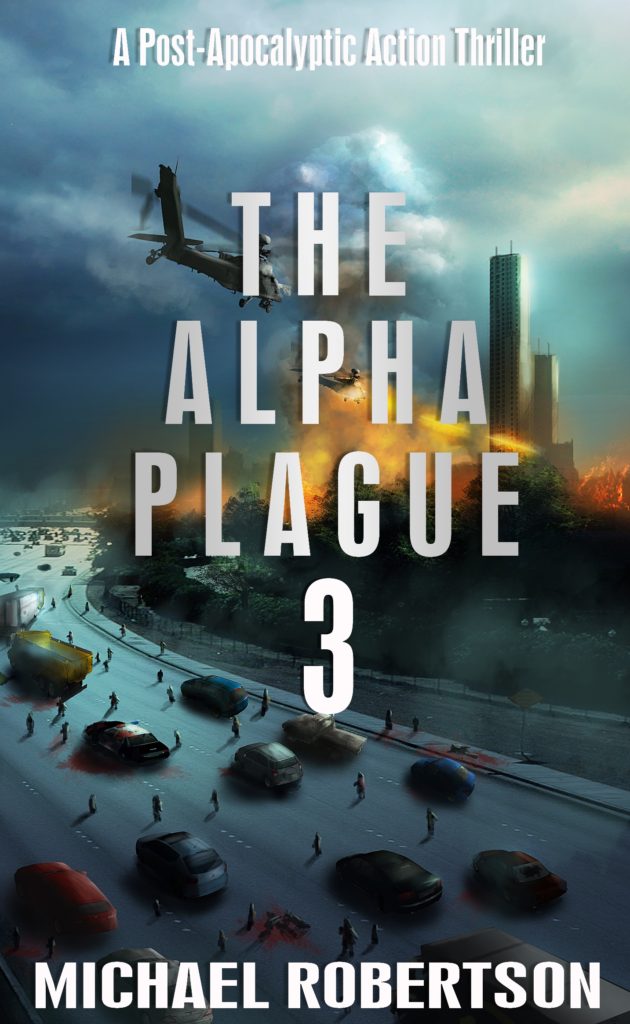 After having found and successfully rescued his ex-wife from the diseased Summit City, Rhys drags himself to where he should be meeting his son and discovers he isn’t there.

Armed with nothing but hope, Rhys and his ex-wife set off on what they believe to be their boy’s trail.

With just enough breadcrumbs to keep them going, they follow the path of their son and his protector in a race against both the spread of The Alpha Plague, and a crazed psychopath hell bent on their destruction.

The Alpha Plague 3 is a post-apocalyptic action thriller. 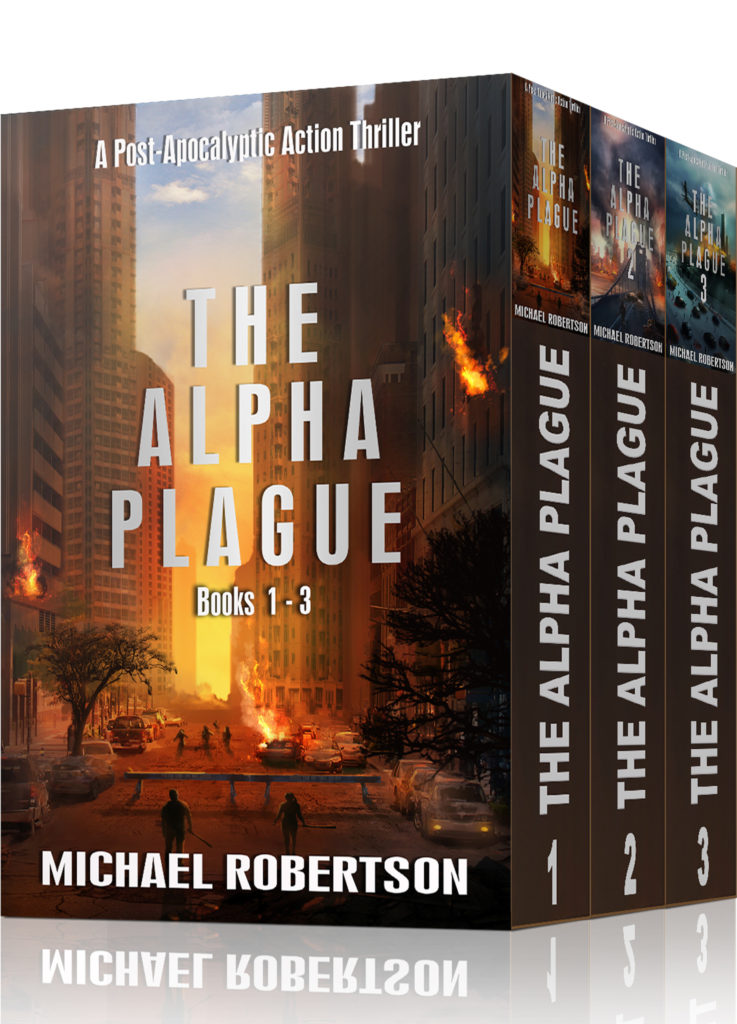 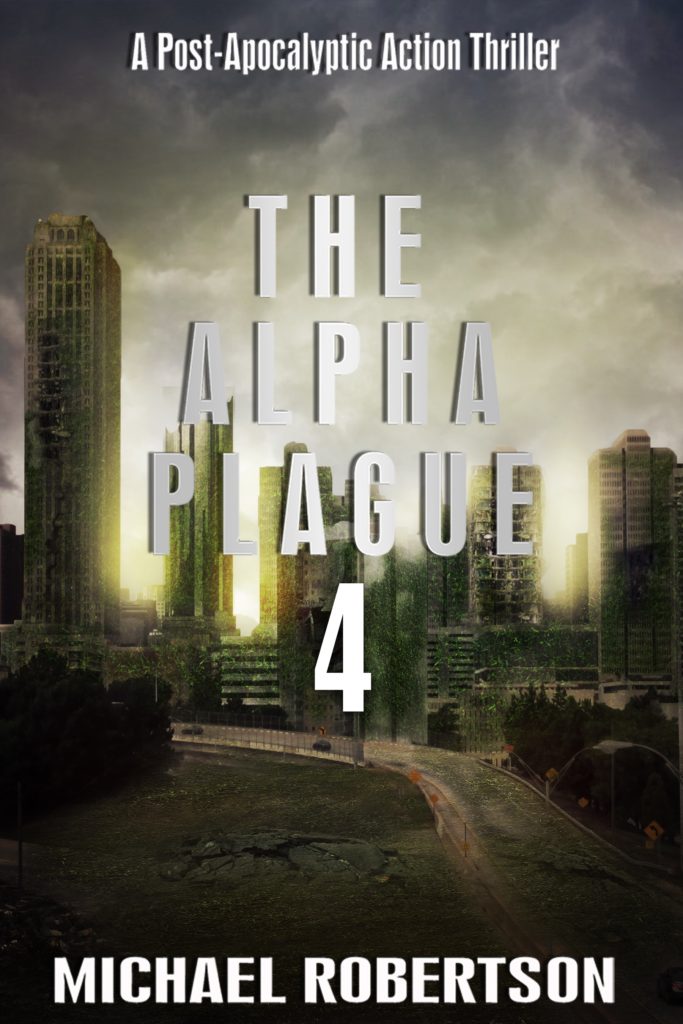 Vicky, Rhys, Larissa, and Flynn have avoided the horde of diseased that chased them from Summit City, but they’re far from free.

Although the diseased can’t get to them while they remain on top of the shipping container, at some point they’ll have to come down.

With a sea of enraged monsters as far as they can see, coming down means certain death.

Exhausted from their escape, they may be able to rest for now, but sooner rather than later, they’re going to have to take action to get themselves out of their current predicament … 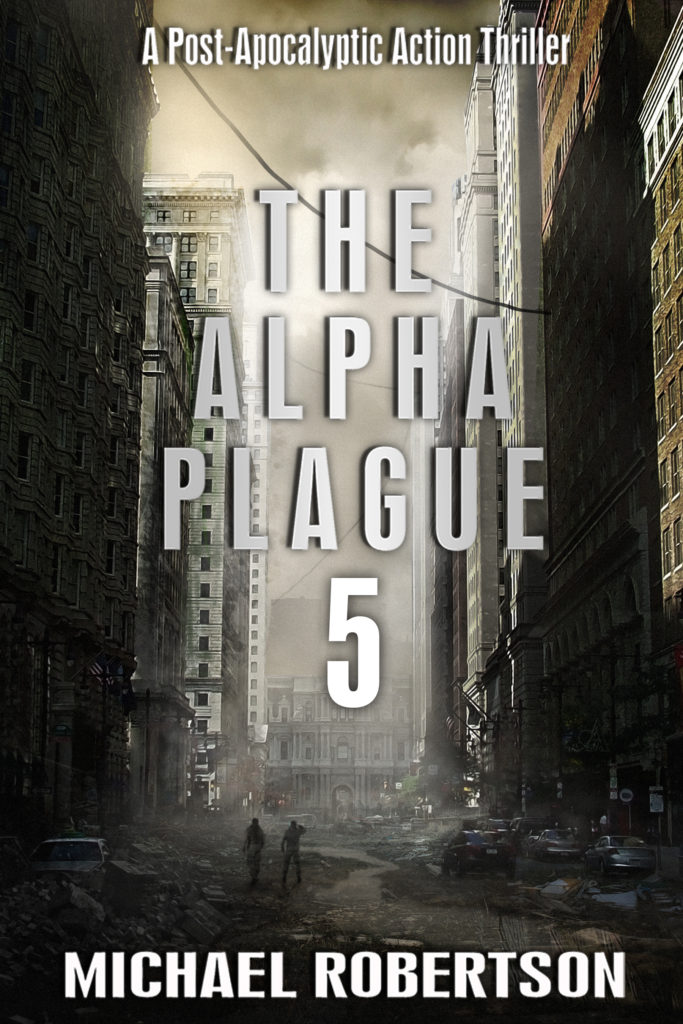 Not only has Vicky made it to Home—an underground self-sufficient complex—in one piece, but Flynn has turned up too, following behind after her when she’d feared he’d died.

Now they’re secure, Vicky can keep Flynn safer than she’s been able to since the outbreak over a decade ago … At least that’s the plan.

However, in this new world, where the diseased roam free, there’s always a threat hiding in the shadows.

Having convinced herself Home would be safe, Vicky has to come to terms with the fact that nowhere’s safe in this world anymore. And maybe the biggest threat comes from within the complex rather than outside of it.

With her senses more finely tuned than ever before, Vicky must remain as vigilant as she always has if she’s going to survive amongst the diseased and the healthy, and maybe she should give Flynn the responsibility he both deserves and is more than capable handling.

The Alpha Plague 5 is a fast-paced post-apocalyptic survival thriller. 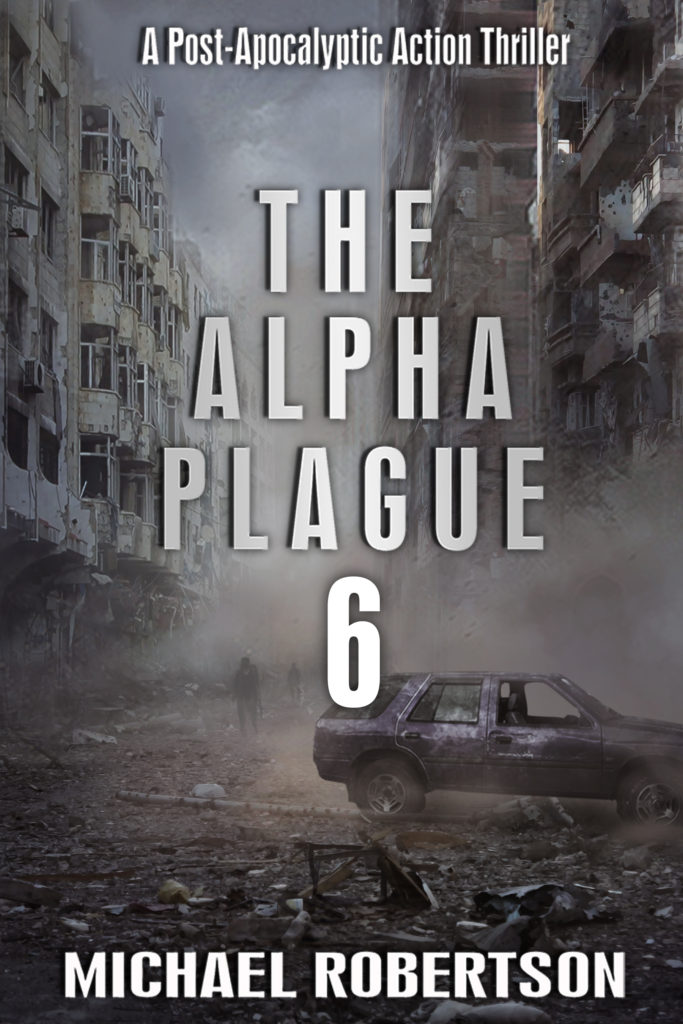 When Vicky saw the corruption in Hugh’s leadership of Home, she stood up to it and overthrew him. She now finds herself helping run the place, taking on responsibilities she’d rather not have. But if she keeps the community safe, she’ll also keep Flynn safe.

Now faced with a war with a barbaric neighbouring community, Home has to respond to the threat. As the most experienced fighter, Vicky has to lead the battle.

If they don’t win, they’ll all die.

The Alpha Plague 6 is a fast-paced post-apocalyptic survival thriller. 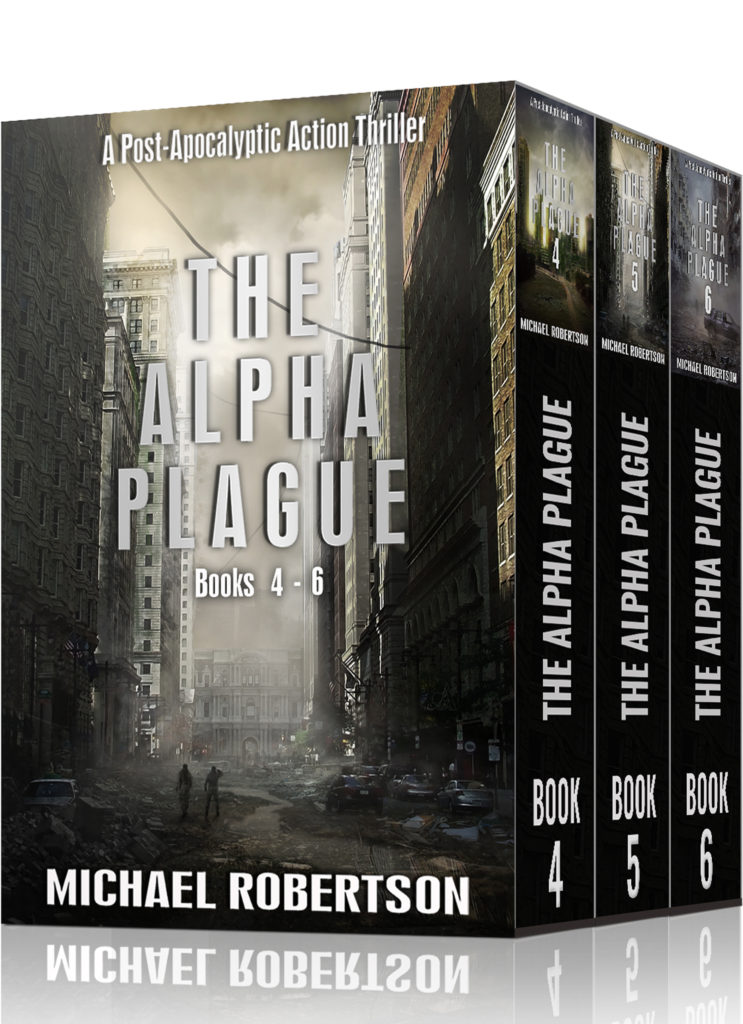 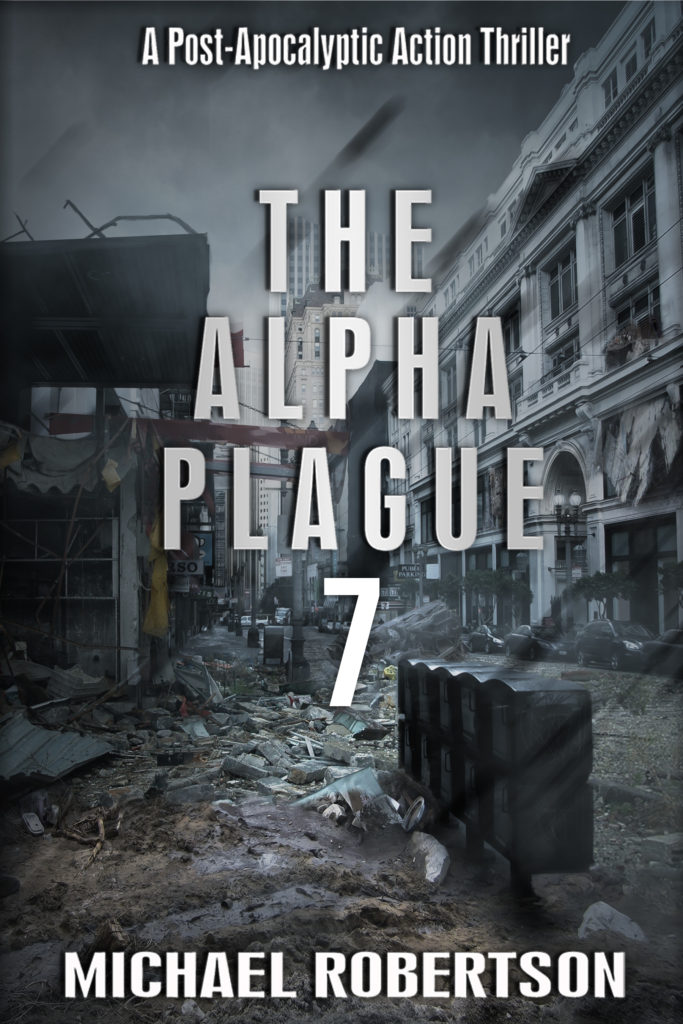 Flynn Golding has lost all of the people close to him. His mum, his dad, and now Vicky.

However, he doesn’t yet know Vicky’s dead, so he doesn’t know who killed her.

Convinced that Vicky chose to leave, he’ll find out the truth sooner or later.

When he does, he’ll have to accept his community is run by her murderers. The community that offers him safety, security, and three square meals a day.

Either that, or he’ll have to make them pay, therefore giving up his safe existence and re-entering a hostile world. 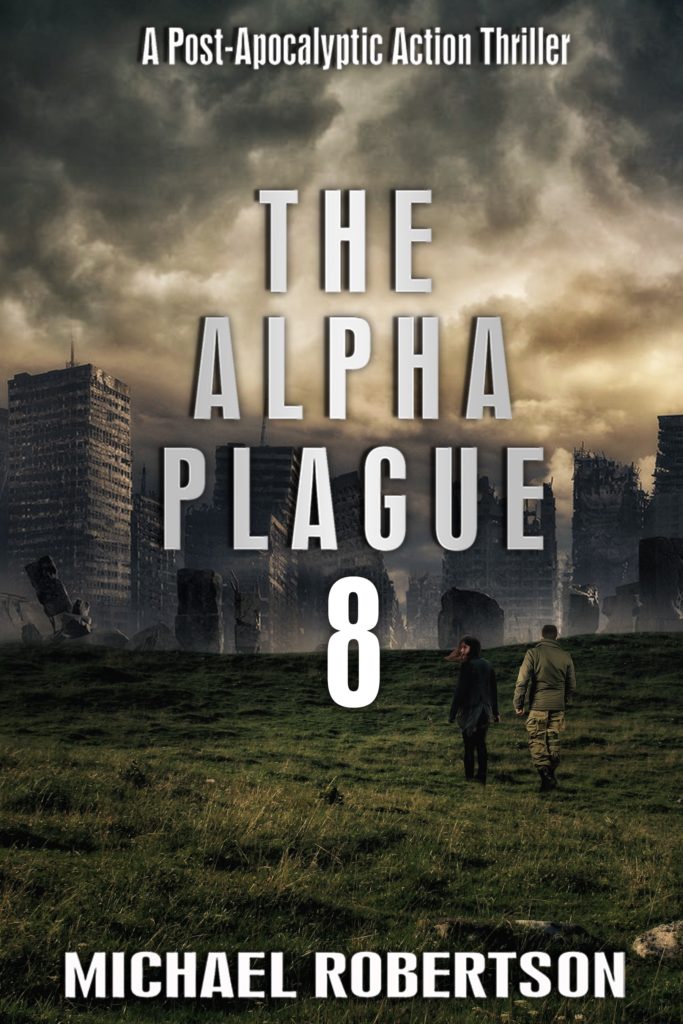 Flynn is a survivor. From the age of six to twenty-six he’s lived a life of chaos and never been defeated. In one of his most recent moments of darkness, he found hope in the form of another survivor named Rose.

Having escaped the Queen and her wicked ways, Flynn and Rose decide to return to put a stop to her. The vicious self-appointed monarch has her sights on Home, and as much as Flynn hates a small portion of the residents of his old community, he’ll do anything to save the rest.

To take the Queen down they need an army. The best place to find one is by liberating the prisoners held by her. To do that is to get close to her and risk capture. If that happens, they won’t walk away again.

But they have to be the change they want to see in the world. A lunatic ruling with violence and control, the Queen has to be stopped.

The only question is; are they up to the task?

Download The Alpha Plague 8 to join Flynn and Rose on their quest to change the world for the better. 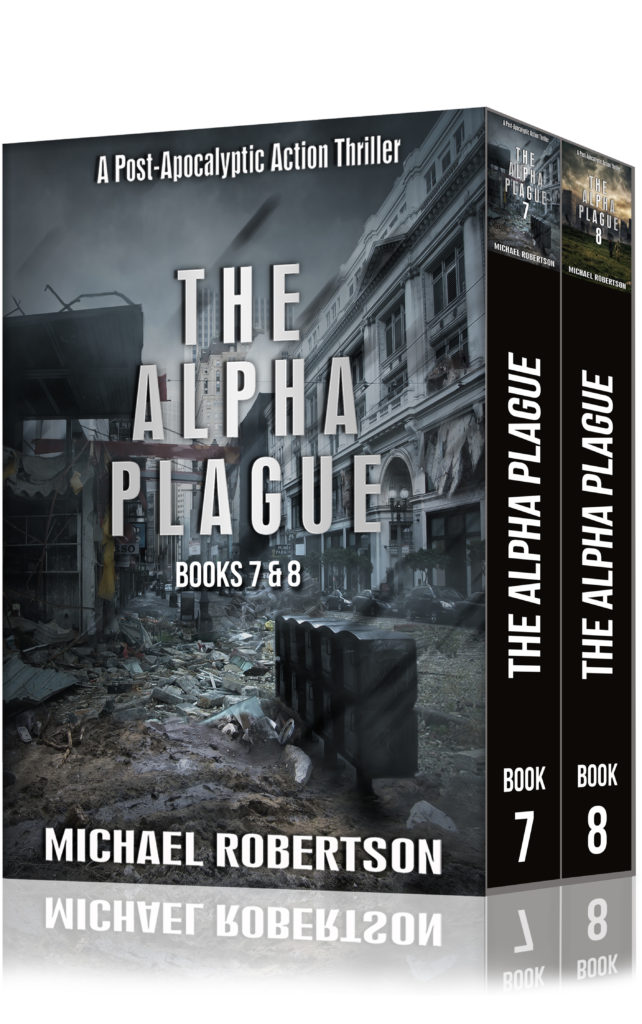 SAVE MONEY – GET THE ALPHA PLAGUE BOOKS 7 & 8 HERE 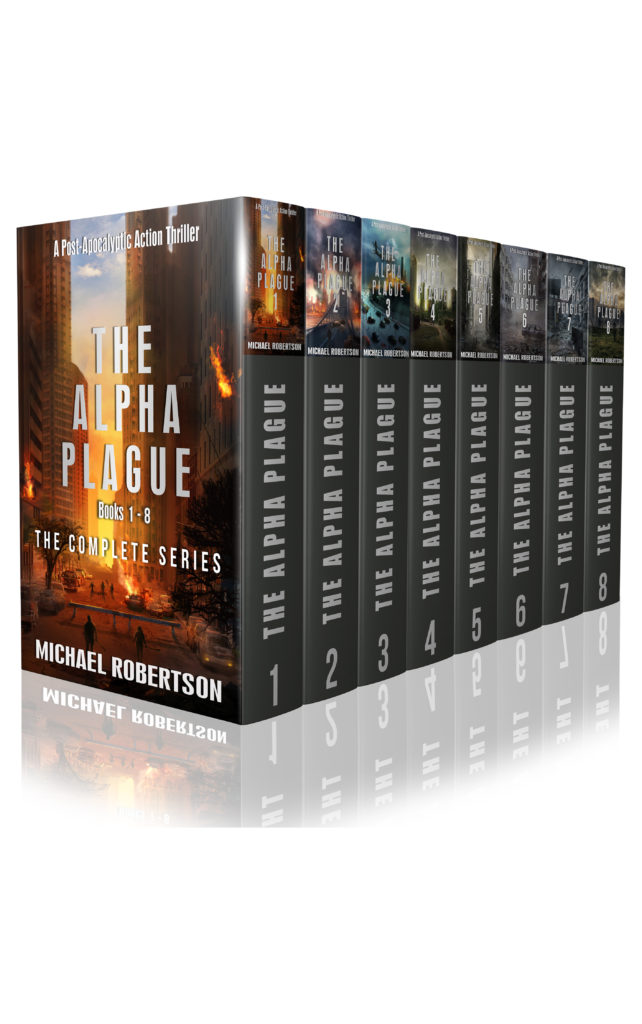